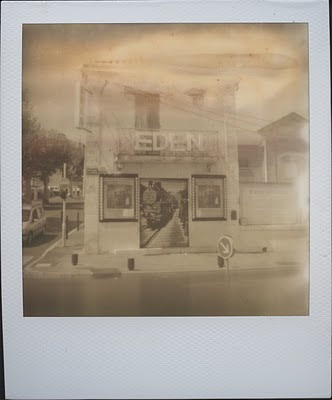 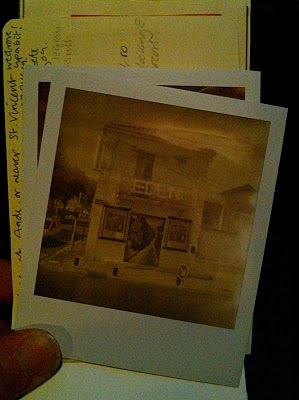 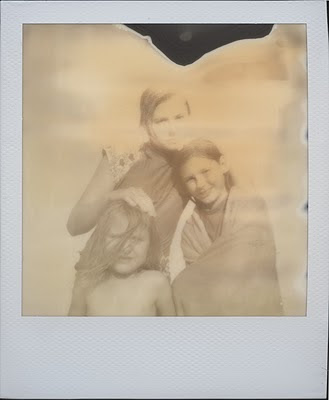 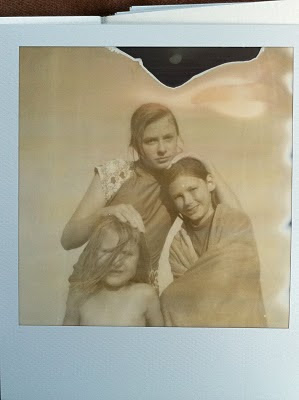 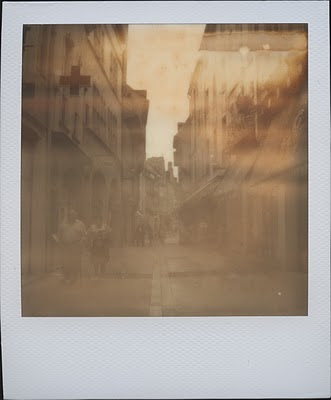 I have been back a week from my road trip around France and seem to have spent it catching up on washing and sorting camping gear, before going away again for the bank holiday weekend. I wish I had been more focused and had concentrated on scanning my IMPOSSIBLE PX100 instant images before they disappeared for good. I only just discovered that despite all my best efforts to save these First Flush little beauties from eventually annihilation by Killer Crystals, de-lamination undeveloped patches and whatever else the atmosphere can throw at them that they were fading away rapidly, much quicker than anyone has reported before.
I will attempt here to go through what I did before, during and after the series of images, some of the images are slightly blurred these were copies taken using either an iphone or a digital Olympus to record the changes once it was realised that they were happening fast, this was anything from a day or so after up to yesterday when I got them out to show someone and discovered the images were fading.
I feel quite gutted by this, especially the one of my daughters as it was really beautiful and now it seems like my oldest is being wiped from the image, like the loss of someone dear it hurts, it's disturbing, a memory loss an incorrect recollection. I wish I had realised and had captured it before this terminal development.
Don't get me wrong I do not hate the film in fact the results when they first appeared where breathtaking, there is nothing like it, no hint as to what the picture may become with that electric blue square in your hands and the expectation that you have whilst you wait for the image to develop in the dark.
I'm scanning them like mad now and at least I shall have a record of them in this form as I really do not believe they will be here for long as the originals. So first things first I used PX100 Silver Shade/ First Flush in a SX70 Polaroid Alpha. The film had been kept in a fridge well wrapped in paper bags, prior to packing it in a large film box(see last entry) with other cams and film and silica gel packs.
The first image is taken in Chalon Sur Soanne looking along a very narrow side street. It is home of the first photographer and has a wonderful photography museum. The image was hidden straight away and put in the box it came in until it developed 2 mins later. The temperature was approximately 26 degrees. The image itself was lacking any real contrast and was very faded looking already, banding appeared near the top and the obligatory gloop oozed from the back all over my cam and hands. The image carried on changing both getting darker in some areas and lighter/ burnt out in others. It was kept in a PX box from then, in the ambient and variable temperatures of our holiday.
The second image is the one of my girls the first of these two shows the image earlier in it's short life and taken with the phone. it has been scanned only 13 days later!! As you can see the earlier image is so much clearer and the contrast is good. The image was taken at Saintes Marie sur Mer in temperatures averaging 33 deg. it was a dry heat though. Again it was placed in the dark immediately and the camera was inverted so the image was away from the light. Prior to this the camera was just in my bag in the heat with me all day! Enlarging the images it is easy to see the crystals. The sides of this also split and oozed.
Image three was a joy to make, this is the where the first cinema(ever)was shown in La Ciotat in the South of France, it was hot about 34 deg. I thought it was appropriate to use the experimental film to make an image of what was then a frightening and experimental landmark show. Anyway the same old story, the original image was darker and had better contrast and was thankfully captured by phone. The conditions were not that different to the others discussed, the light flare at the top was there straight away but has expanded over the past two weeks.
I have more images to show you but I shall leave those until tomorrow!
Please reverse the order of the images as described I forgot to change the upload order!
Posted by Kylewis at 22:46