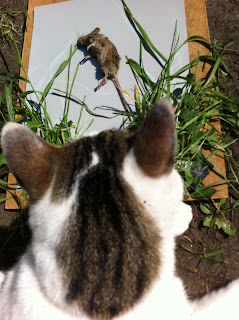 Over the summer I started doing a number of experiments using the process of Lumen Printing.I have been doing Lumens for some time and also doing small workshops but this summer I got the opportunity to do some experiments for myself. One of them was a rather spontaneous affair. I was presented one day with a mouse, a dead one, our cat is young and doesn't quite get the hunter thing and so has only just started using his 'skills' 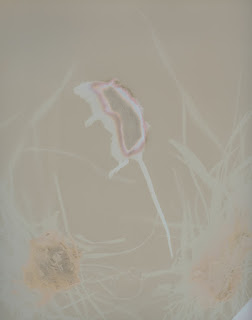 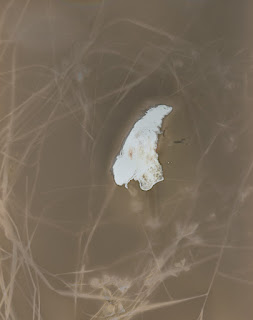 Well, what was I supposed to do with this gift, It seemed only fitting and appropriate that it joined the selection of flowers and moths and other ephemera being Lumen Printed in the garden. The little body was laid out on a sheet of BW Ilford Ilfospeed grade 1 paper and a sheet of glass laid upon it's delicate little form, much like the lid on a coffin made for Snow White! 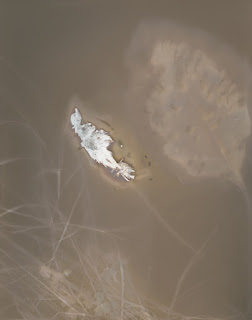 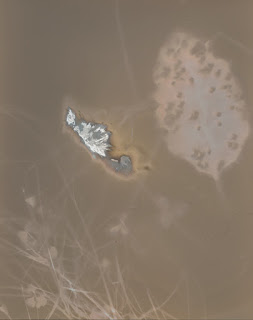 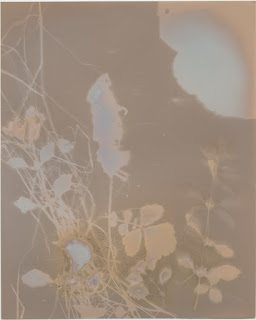 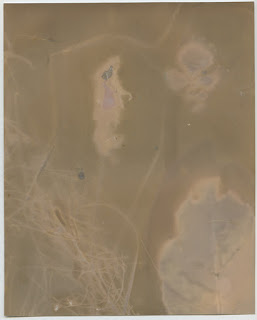 The first image was set out for a day, I don't really know why I just didn't do the normal few hours but I think the sky was a little dull. Subsequent images varied form a day to actually being left for ten of them as I forgot and went on Holiday. It did not seem to do that one any harm. 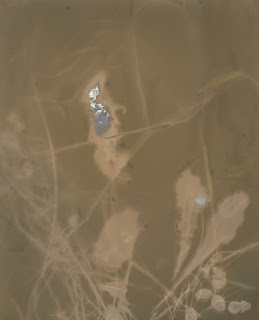 Each time the mouse was moved it was carefully slid across onto another piece of paper so as not to damage it, though after the second day it was more like a popsicle on its very stiff tale than I would have imagined. 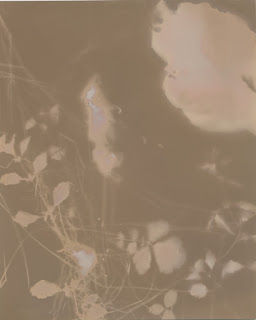 My original intent was to record the whole process of decomposition from day one, until it became skeletal and the print would have just had a selection of bones surrounded by flora, unfortunately this has been cut short by the intervention of some rather desperate and inconsiderate animal with a serious lack of discerning taste buds. One morning I came out to find that after almost four weeks or so of work the contact frames that had been lying out in the sun had all been turned over and the photo paper was strewn all over the garden. It wasn't the wind, as no interest had been paid to the other prints as they were not containing rather smelly decaying 'meat' believe me I searched around for them but they had gone. 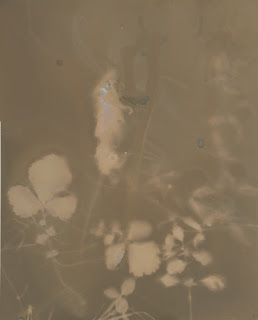 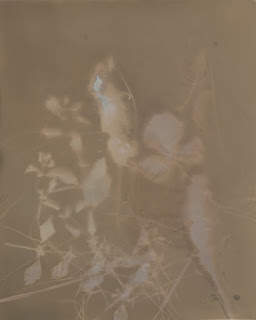 I was a little dismayed as the body was reducing and it would have been great to see the intact skeleton but maybe this is too macabre. I was so focused on producing the prints and creating a series, anyway I have ten images of this mouse.


I had also been 'given' another to work with but that too had gone and so it was back to the flora and fauna and insect world for me until I am graced with another one from my mad cat.