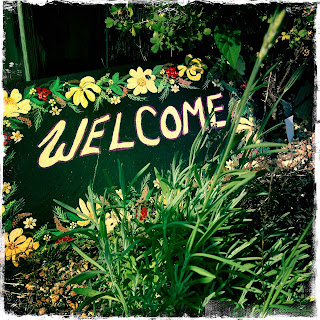 I am again exhibiting at Grow Mayow Community Gardens this year as part of the "Little Greens" for Sydenham Arts Festival The first weekend has gone really well and the two workshops I did were well attended and I believe from the responses of those that attended that they "Loved it" "Wow""What a cool workshop" and ""That was the best way to start my holiday"!

The first workshop Camera Obscura was designed so that everyone would come away with a working Camera Obscura so that they could either use it to take photos through like TTV(through the viewfinder) so that you get lovely dreamy inverted images or if you were a child doing it you could come away with what could be a very cool looking steampunk telescope once finished with papier maché. I forgot to take pictures during the actual workshop but some SAF photographers had done so, I just await their images...

here are some post workshop of a couple using them. 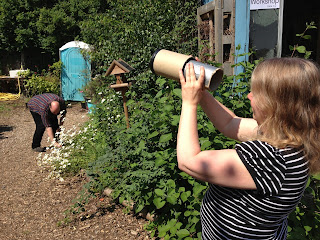 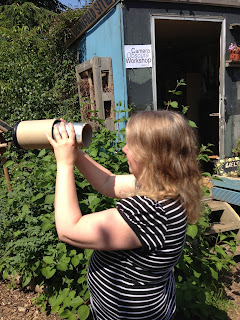 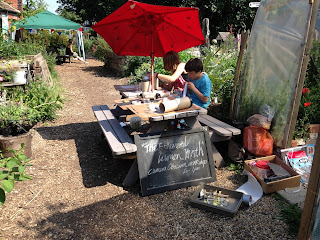 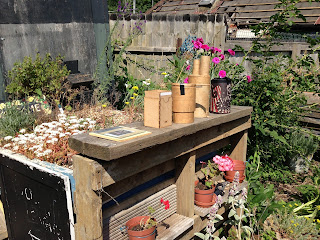 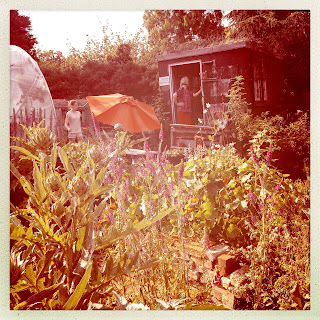 The second workshop held on the Sunday was again well attended and we all sat outside in the glorious sunshine making Matchbox Pinhole Cameras, a little less taxing and not quite as hard on the hands the cameras came together as expected and I'm looking forward to seeing the results if any from those that came, I just hope they send some in to me. The cameras were all finished and promptly used in the gardens after discussing perspective exposure hand holding them and multiple exposures amongst other things.

Here are some of the people making and using their cams! 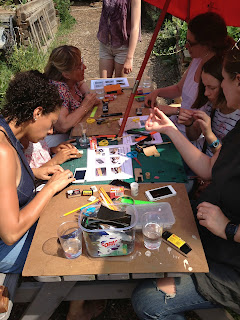 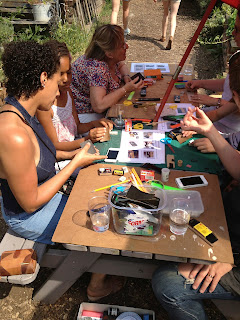 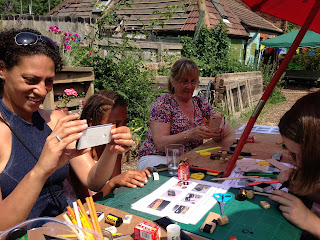 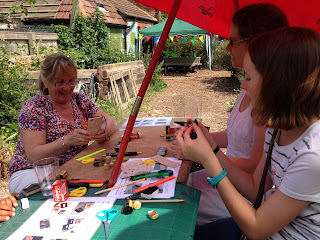 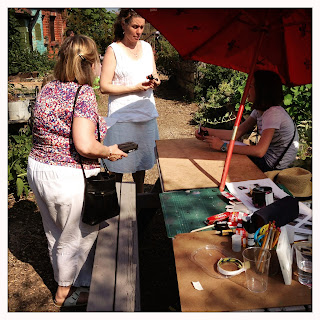 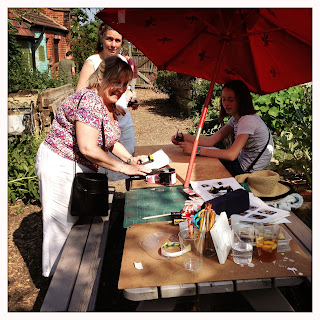 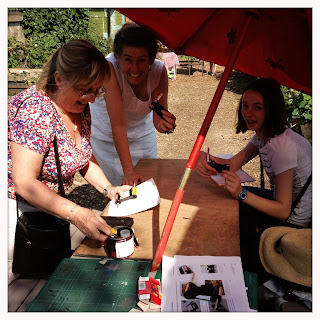 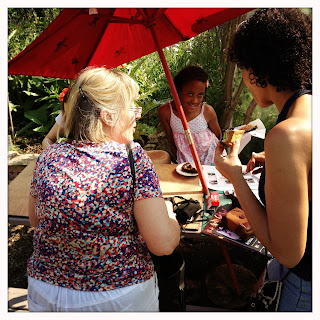 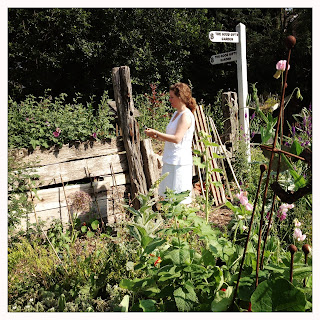 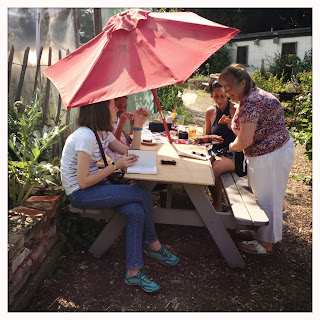 Whilst I was doing the workshops I was also exhibiting in this space and when I first saw the room I was a little dubious, it had an incredible amount of detritus inside as it was normally used as a children's science/playroom but after seeing the back wall and the wallpaper that was covering it I just couldn't resist. It was moths large brown repeat pattern moths in a faded gold, the edges were distressed and the paper curling but it just seemed right to use this space. It looked ideal to become an installation as well. 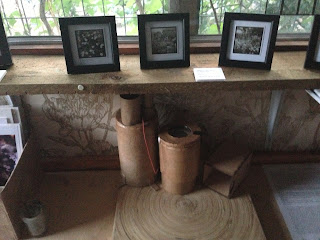 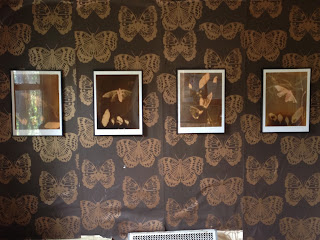 Here is another picture of me setting up: 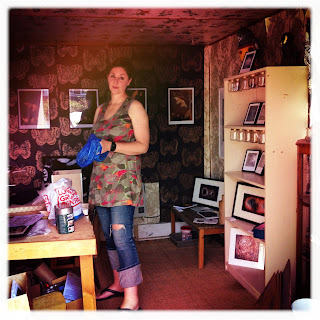 My Ephemeral Moth series would look perfect in here it would hopefully not be lost but would look captured, it would be part of a large room of caught objects and ephemera including all my other lumens.
The exhibition is still up and I hope to get more interest and feedback this weekend. I had some really fantastic comments and new subscribers, sales and promise of exhibition space and calls for more workshops. I managed to sell cards and books... fingers crossed for this weekend and let the sun be kind again as I need a lot of doing an oversubscribed Lumen Printing workshop!