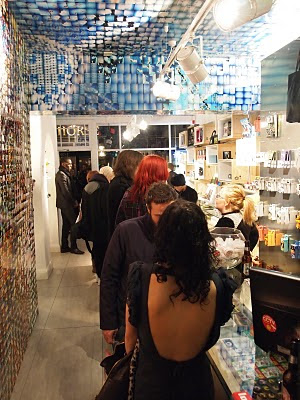 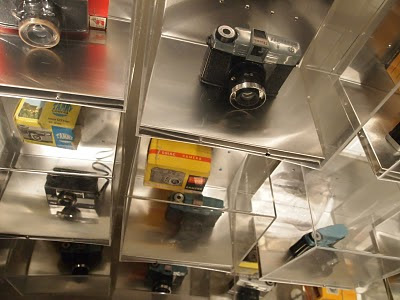 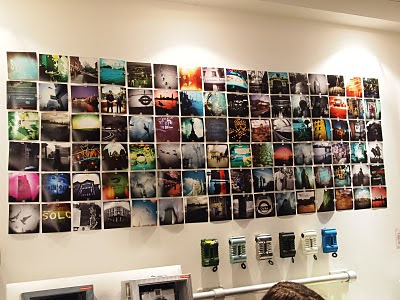 It was party time at the LGS London on friday night and I was able to be their with my 'lovely' Hubby, we had a good gab and a drink with some lomo friends and the collection of Dianas and clones was impressive if not totally mad, with some of the new adaptations from commissioned artists and illustrators. The Urban Vignettes exhibition was also on show at the back of the store and I was lucky enough to have an arm load of Diana shots in it!
Followed by a curry which is something I've not had for many years due to confinement with young children! A night out wow! Adam of the LGSL asked me before leaving if I would give an impromptu 'guest speak' on pinholes the next morning, I must say the thought of getting up early was not the most tempting idea of the evening but as my next post might show, well I did manage it.
Posted by Kylewis at 23:53