It's that time of year when I am in the throws of doing workshops and demos and having exhibitions. Not that these don't happen at other times the rest of the year but the month of July seems to be rather busy with all of them and sometimes its hard to keep up. You'll have to excuse the iphone app it was just for speed! 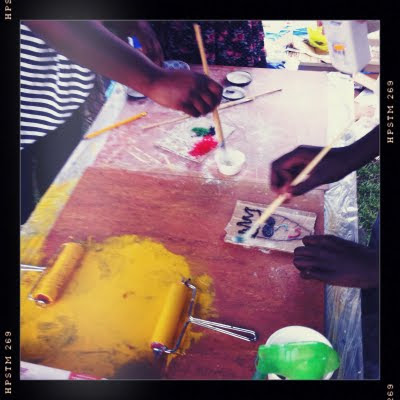 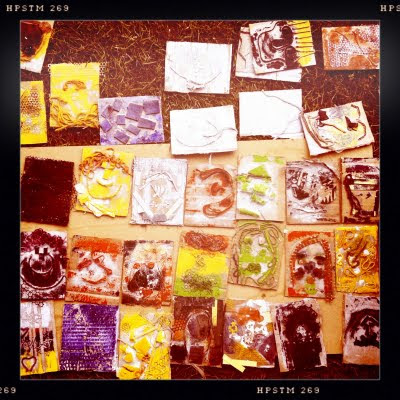 The madness started two weeks ago when I held a workshop that was part of a Festival Fun day at Home Park Sydenham, this was printmaking and planning for an unknown amount of participants was certainly interesting. The idea was as simple as I could get it, using as much waste product as possible the children/adults were to create a face made on a backing board with scrap this would then be inked up and printed. 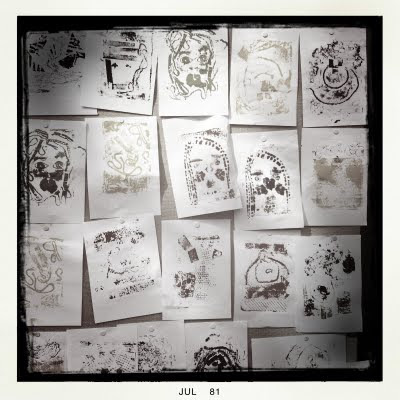 It was wonderful and also fascinating to see how many children and their parents were obviously not used to getting a little bit messy. The most rewarding aspect was watching those that floundered and appeared unable to even start end up with often the most engaging images and a desire to go back and do more. I think overall the day was a great success for all and the evidence was in the lack of space on the boards I had to show the work, it ended up all over the place and hanging from the ceiling.

Last week the subject matter for the workshops changed and I was to be doing Lumen prints, Pinholes and showing people how to make a Camera Obscura! A little eclectic but it seemed to work and the day was glorious weather wise so the Lumen prints were the favourite. I lost count of how many were produced and talking for six to seven hours about them was at least on the first day fantastic, I must say though the second day was exhausting but still most definitely a lot of fun and something I shall be doing for the coming two days as part of the Sydenham Arts Festival Trail. 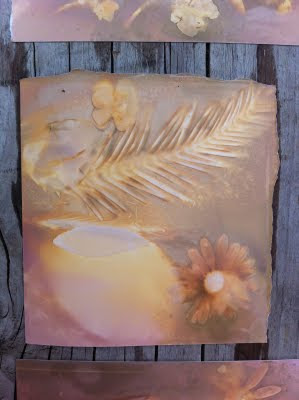 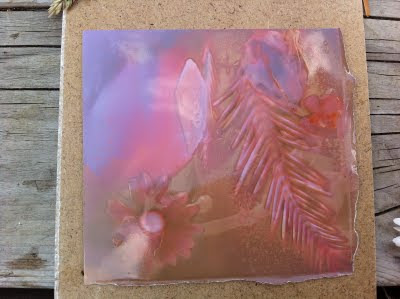 The venue for these workshops is in a beautiful community garden, calling itself Grow Mayow the person responsible for this wonderful and inspirational site is Iris Borgers, she has the ability to convert a much neglected space into a hive of activity and growth that draws in the community making everyone appreciate the beauty in recycling, growing your own veg and flowers in such a way that nothing appears contrived or forced and the space has a creative power that doesn't just come from the plants. It certainly is the perfect venue for doing these Lumen prints with the endless resources around me people would run off to find plant material to use. I'm hoping the weather is good again, maybe this week the interest will be more centred around making the Camera Obscura. 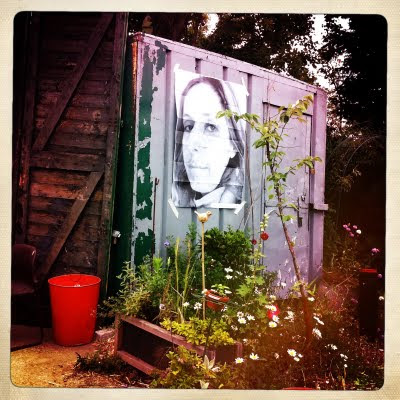 The person in the picture is doing a social photography project and has decided to use this site to record peoples reactions to her image.

At the back of the large shed where the work is being shown there wee a few bolt holes that were crying out for a Camera Obscura to placed over them, well I decided to make something that would fit the bill out of yet more rubbish and came up with a cylindrical cam that looked rather like something from a "Steampunk" novel or the back end of a car! anyway this was attached to the wall with a bit of lateral thinking and I was relieved to find that it worked just as I had hoped, even if people did have to squat down on a tree trunk to look through it. I lost count of the amount of times people exclaimed "It's upside down!" all good fun.
Posted by Kylewis at 22:17